(no pork served)
Frangipani Restaurant. Funny, I always thought that it was a bar, until Sean blogged about it. Totally stuffed yesterday from my indiscretion at Engka Portobello, I wanted something lighter for Dinner. Called up to make a reservation, and was surprised by the totally professional way they took my reservation. Positive signs! I was totally knackered from my second job, and wanted some gastronomic therapy. Some people get high from retail, and I get my kicks from food. 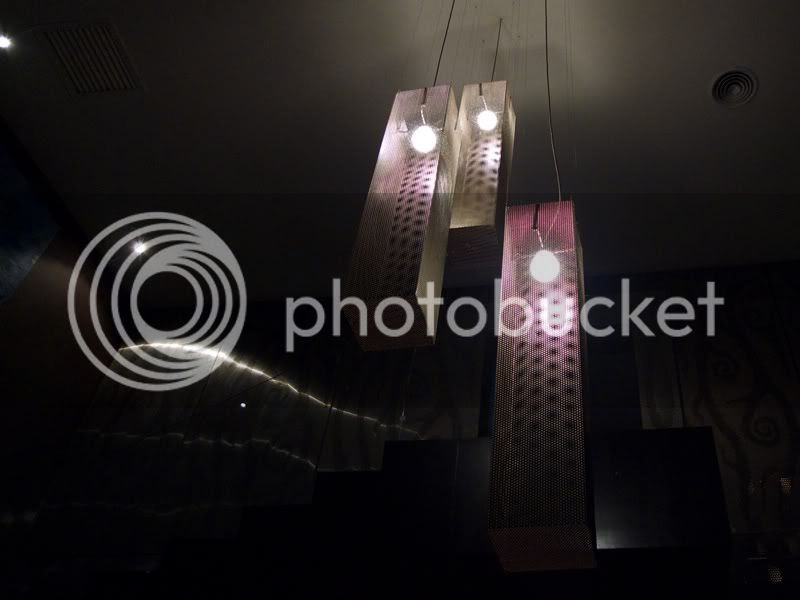 The lobby had a very industrial feel. Lots of steel and metal, dark, muted lights. Waiters in black and the door to the main dining area totally obscured except for a door handle. Slightly intimidating, but très chic. 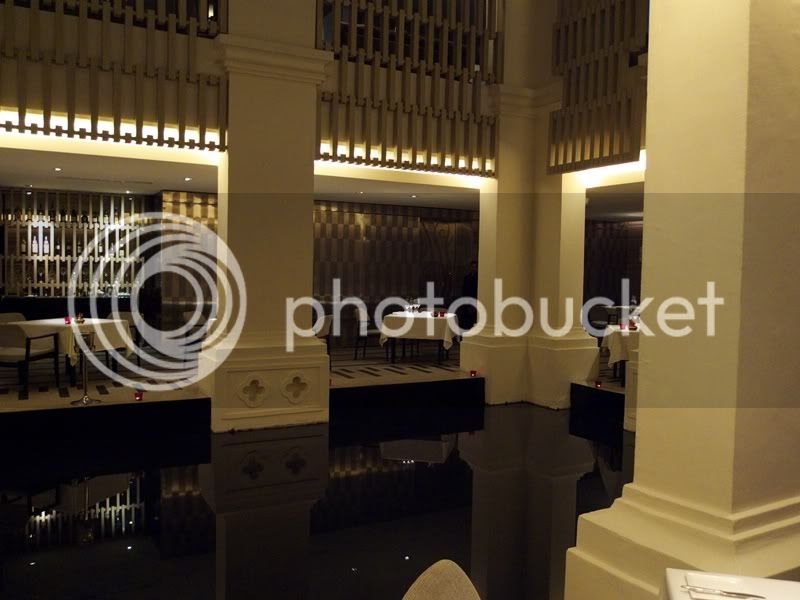 The interior was fabulous. I've never seen anything like it in KL. A large, dark reflective pool in the centre with huge columns that allow you to play hide and seek with the other diners. Why is this place such a closely guarded secret? I felt as if I had entered the inner sactum, the holy of holies for foodies. I could have got down on my knees and kissed the ground. I was blown away.

The menu was extensive. One could sense that French Nouvelle Cuisine (although thought abandonned by some) had influenced the chef. Lighter sauces, emphasis on natural flavours, fresh ingredients from the local community incorporated in the menu to make for a new take on French influenced dining. An example will be Angus beef wrapped in betel leaves and cooked with buah keras! The menu is extensive. I was having palpitations and felt very excited at once. I was seduced and hope that the food will turn out the way I expected. Wine list is very extensive, with a lot of house pouring by the glass. 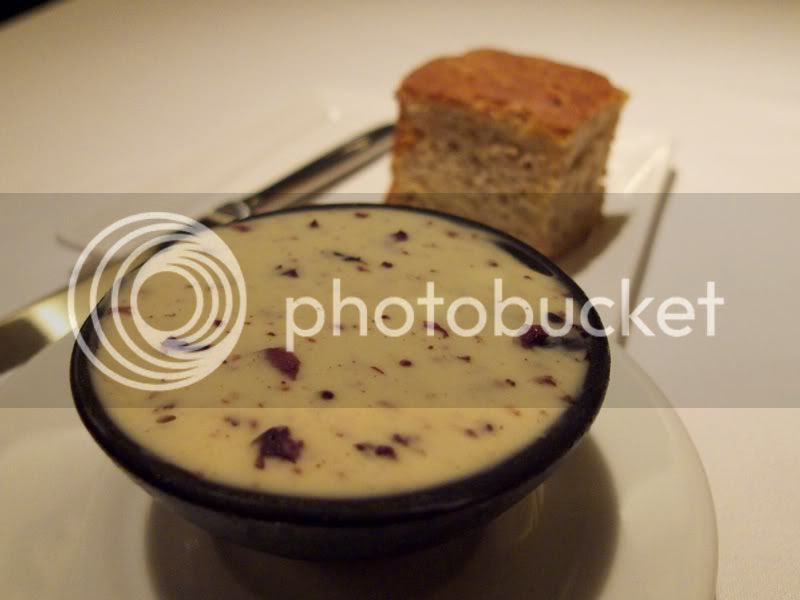 The complimentary rolls (huge choice of rolls served) came with olive butter which was herbal, minty and intoxicating. Lovely start. 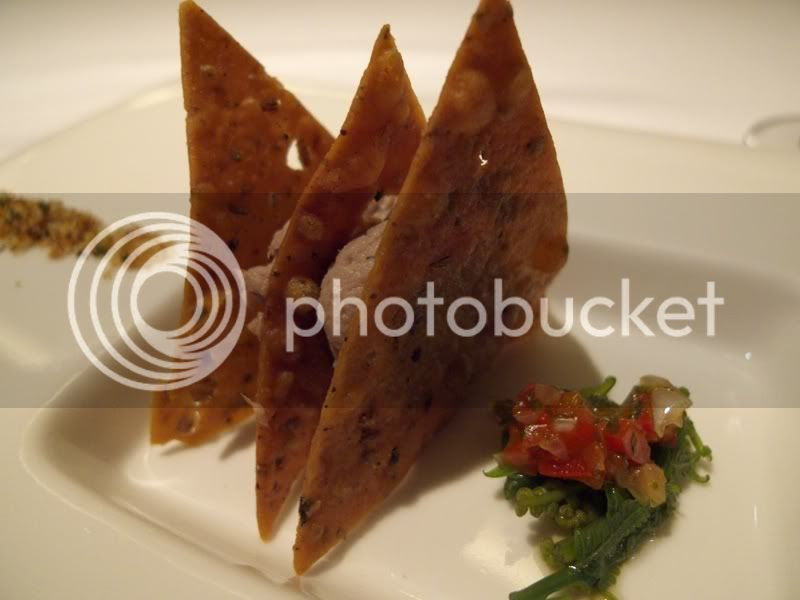 Amusement bouche. Duck Mousse playing menagè a trois with light and crispy toasted wafers and a mini salad with garliced pine nuts. Duck mousse is made from duck liver. Creamy, but less opulent than foie gras, it was light and rich at the same time. 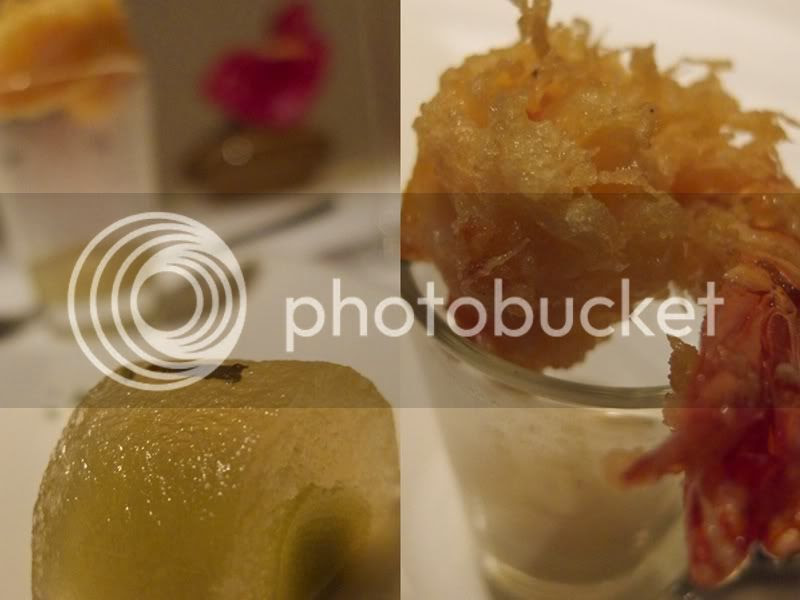 Complimentary starter of Leek Jelly and Tempura Prawns. The leek jelly was both savoury and sourish. Very refreshing, and almost functioned as a palate cleanser. The tempura prawns was nothing to shout about, though. Until this point, I was still enjoying the freebies and have not delved into the meal yet! 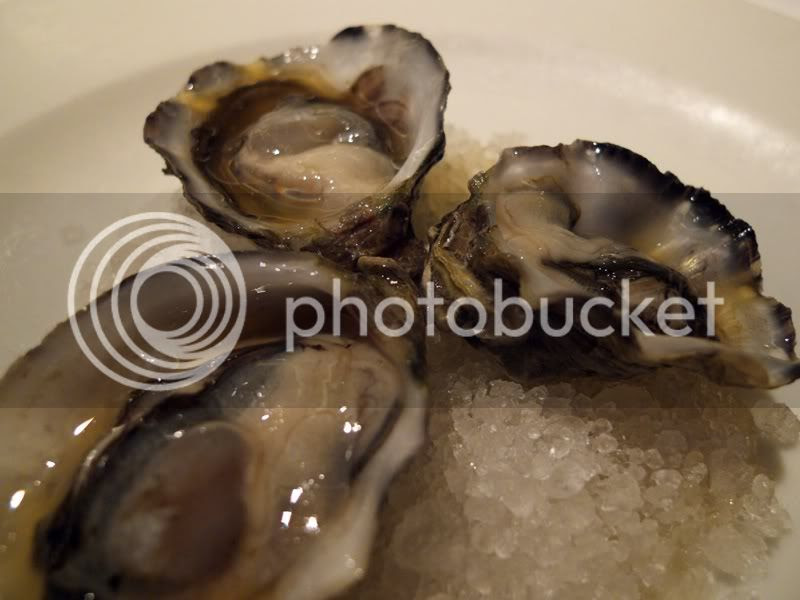 For starters, I ordered the Kumamoto Oyster with White Miso Vinaigrette. These Oysters were from Portland. Small (less than 5 cm), yet plump, this variant is usually flavourful and briney. Recommended for novices and sought out by seasoned oyster lovers, the version at Frangipani come with their signature White Miso Vinaigrette. The oyster I had were creamy, lush and filled with the flavours of the sea. The Miso vinaigrette did not overpower it, but complimented it in a lovely manner. Slight sourish with a beany taste together with lush smooth oysters, I was in Heaven! 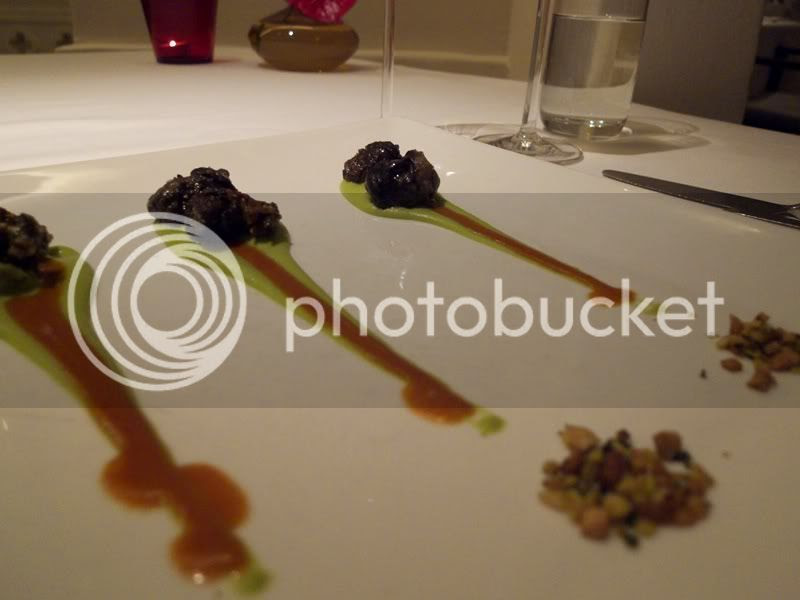 Tired of the normal offering of escargot with cheese and garlic, I found the next starter to be refreshingly different. Presented with Sweet Pea Puree, the escargots were grilled with Basil infused Garlic and glazed with tart Dried Tomato and served with garlic peanut crumble. OK, you can't separate garlic from escargots. But the Sweet Pea Puree lent a very interesting play of taste, imparting a sweetish touch to the garlicy escargot and the peanut cruble enhanced the dish. Lovely! Standing ovation please.

I had the oyster and escargot with Billecart-Salmon Brut NV which was a lovely straw coloured non-vintage champagne with refined mousse and slow rising bubbles. The bouquet was definitely floral with Apricots and Pear. Rich, elegant and strong palate. Fresh and dry, it was a delightful companion to the starters. 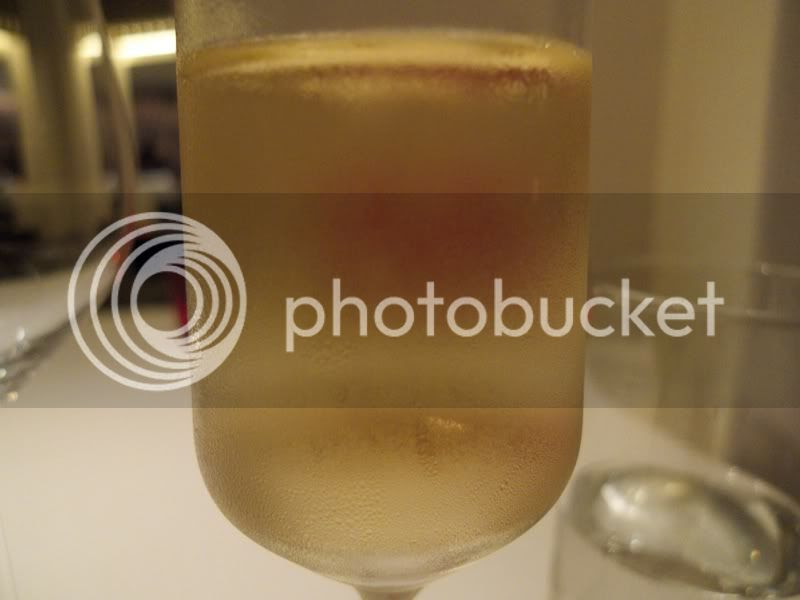 actually it's not only you! But I used to thought that this place was a bar or club too :) that is, until we read the same blog by Sean!
Time to hit this place.. as the food looks fabulous

i hope u didnt get pissed and try walking on water. Iv had friends do that before and they weren't even drunk! hah..

@Thule: Yes. The food was good. The wine list there is fairly extensive, but mainly in bottles.

@Cuni&Ciki: Yes. Let's meet up. It's been ages since we met.